We all have a lot going on in our lives, and sometimes we just don’t have as much time as we’d like to make sure we’re on top of all the important areas that’ll have us at our best. But there are some that we should focus on, such as our physical and mental wellbeing. If these two areas are under control, then you’ll find it easier to be at — and fee — your best. Sometimes, people feel overwhelmed by the idea of becoming healthier, believing that it requires a lot of strenuous effort. This is not the case! Indeed, you can transition to a healthier state just by making a few small changes in your life. A bunch of small changes will result in one big change! Take a read of them below, and start your journey towards a healthier body and mind. 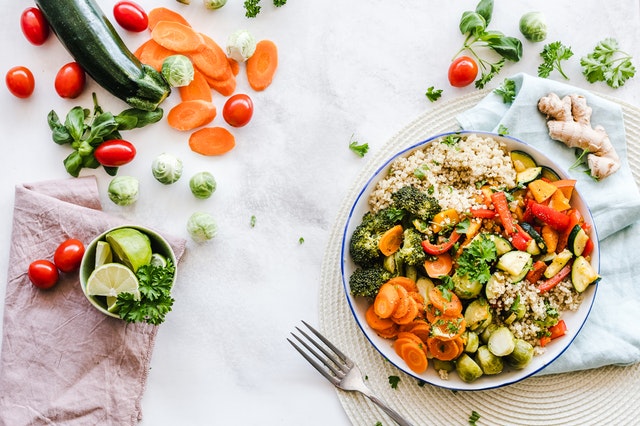 Make it a Priority

There’s an inconvenient truth about getting your health in order: it requires work. There might have been a time, such as when you were younger, when you could essentially live life as you pleased, and still be relatively healthy. But once you move past a certain age, that move is over. As such, you need to make it a priority. You make the effort to ensure you get your fill of fun and work and everything else; your health should be given equal importance. Build it into your daily schedule and thought processes just as you would anything else. It shouldn’t be an afterthought!

There are plenty of foundations for good health, including sleep. It’s much easier to stay mentally and physically healthy when you’ve had a solid night of rest. Poor sleeping habits have been linked to some serious long-term illnesses, but even on a smaller scale, you can see how much it affects you. You’re less likely to work up a sweat if you’re tired, and you’ll be more tempted to eat fast, unhealthy food rather than cooking up something that’s good for you. There are multiple ways to improve your night of sleep. Most of it is today with your pre-sleep routine. Avoid tech, read a book, and calm the mind through meditation, and you’ll find that it’s much easier to enter the land of Nod.

If you start the day in a way that’s conducive to your overall health, then you’ll be more likely to adopt healthy practices throughout the day, and in your life in general. It’ll be at the core of your being. So what does a healthy morning look like? It’s rising well in advance of when you need to leave the house, eating a healthy and nutritious breakfast, and doing something that’s good for you — for example, going for a run or meditating. If you round off the morning with a cold shower (which has proven health benefits), then you’ll have started the day correctly.

Does your body feel as it should? Unless you’re actively taking the time to stretch, the answer is probably now. There are a lot of differences between our ancestors and us, one of the main ones being that they used their body much more as part of their day to day lives. How often do you reach up high, for example? Probably not all that often. You can push your body in the right direction by simply engaging in an intense 5 – 10-minute stretching session. You really will feel better for it once you’ve finished.

Life can be pretty hectic and crazy, and unless we’re taking steps to focus on ourselves, then you’ll find that you could get caught up in the rush. This is especially true of the people that live in the cities, which is essentially everyone these days. You’re subjected to a lot of different visual and auditory stimuli throughout the day, and they all leave a little piece of themselves in your mind. To get yourself into a positive mental state, take some steps to calm the mind. Meditation is an excellent tool for this. It just puts that little bit of distance between you and the mania of the world; it helps a great deal. If you find meditation hard to get in to, then you can look at a simple alternative: walking. If you’re feeling a little bamboozled by the modern world, then a 15 – 20 walk, during which you just let your thoughts wander, could help.

We mentioned earlier how our ancestors would have used their bodies more than us. They were reaching up to grab fruit from trees and all the rest, it makes sense. We don’t need to do that anymore. There are other ways they were more active, too. For example, it would be unfathomable to our ancestors that we sit down so much. There are people who get out of bed, get into their car, and then sit down at a desk all day. In the evening, they sit on the couch and watch television! It’s comfortable, sure, but if you want to keep your health in check, then it’s best to be wary of comfort. A sedentary lifestyle brings all kinds of trouble. You can build some activity into your day by looking at healthier alternatives. Could you cycle or walk to work? Could you use a standing desk, rather than a sitting desk? In the evening, are there healthier options other than sitting down?

Cutting Down On Vices

There are some things that have historically been presented as “normal” but which we now understand to have a detrimental effect on a person’s health. Take alcohol and smoking cigarettes, for example. Both of them have been considered normal, to varying degrees, but studies have shown that there is no safe amount of either. You’ll dramatically improve your health if you give up or reduce your intake of both. Now, of course, this is easy to say, harder to do. So it’s best to look at alternatives, rather than to give it up entirely. Instead of smoking cigarettes, you could invest in the mvp 5, and begin vaping. Instead of drinking glass after glass of beer, you could alternate between alcoholic and non-alcoholic beer. As an experiment, take a look at giving up alcohol for one month — you will be astounded by just how much energy you have, and how much clearer your thoughts are.

The history of humanity is essentially the history of one species trying to outrun its environment. We were once in tune with nature, but now we’ve sequestered ourselves away. We built cities and homes, just so we didn’t have to deal with the uncomfortable aspects of the outdoors. Alas, there was something that we forgot to factor in: we actually need nature. As much as we try to distance ourselves, we’ll always be reminded that we are, in fact, a part of it. And studies have shown that it can do us a lot of good, too. It helps us to get fit (since there’s normally some physical activity involved), but also gives our mind a boost, too. Even fifteen minutes of nature time is enough to give our mind a boost, and if you spend two hours in nature each week (either in small parts or all in one go), then you’ll notice a significant decrease in anxiety, depression, and other bad things we want no part of. 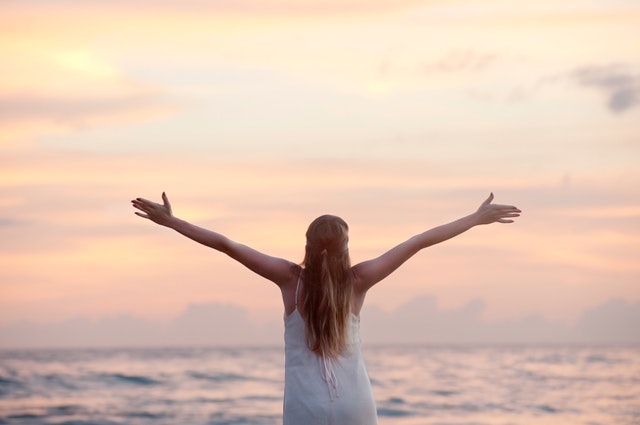 Of course, it’s all good and well wanting to move towards a healthier lifestyle, but sometimes, our body just doesn’t play ball. If you’re carrying an injury or general pain, then you’ll want to get it taken care of. If you don’t, you’ll slowly move to a less active lifestyle. And once that has become part of your being, it can be pretty difficult to break out. If it’s a serious injury, then work with an expert for recovery. If there’s just mild pain, then sometimes it’s a case of building up that part of your body through low-impact exercises.

One of the reasons why people aren’t as active as they could or should be is because they find exercising boring. And you can’t blame them. If you don’t really know what you’re doing, then spending time in, say, the gym, can seem pretty dull. As such, it’s recommended that you find a physical activity that you enjoy doing. If you’re having fun, then you won’t even notice that you’re getting fit, but you will be! You might find that some activities are more enjoyable when they’re done as part of a group, so take a look at joining a group.

Finally, make sure that you’re eating well! This is the basis of good health. People think that eating well has to be time consuming or expensive, but this is not the case. There are plenty of good for you meals that can be made in twenty minutes — learn how to cook them.