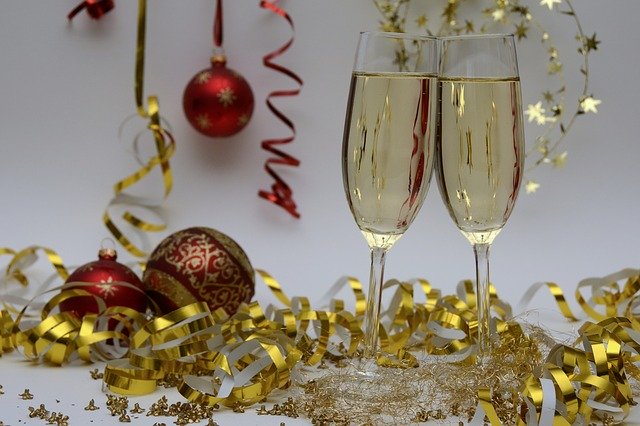 Image by annca from Pixabay

So, you’re throwing a Christmas party this year? Well, where to begin. There are so many different options for a Christmas party, from a sophisticated dinner party with Michael Buble playing in the background to a wild, raucous event ending at 4 am with everyone singing Mariah Carey…and, of course, everything in between. Whatever kind of party you want to throw, an awesome Christmas party must include the following:

What is Christmas without good food? It’s what the season is all about. So, whether you’re going for the sophisticated end of the party end, for both, the food needs to be a priority. An elegant evening can consist of a salmon starter, a turkey dinner with all the trimmings for main (it’s fine to have more than one Christmas dinner over the season), and then, of course, Christmas Pudding and cheese for afters. If you’re doing more of a casual party, then buffet food is definitely the way to go, still with plenty of cheese on offer, though.

Just like the food, people want to be merry too, so you need to keep their glasses full, be it with champagne, snowballs, or you’re serving a tray of Grinch-mas Holiday Jello Shots. Everyone is there to have fun and let their hair down, so your party needs to be a place where they can do that. To cut down on cost for you, you can ask people to bring their own booze, just have some there as well in case, and then do also make sure you have plenty of soft drinks for the drivers and non-drinkers.

A Christmas party, more so than any other kind of party, needs decorations. If you’re throwing a party in your house, hopefully, you’ll already have your decs up, but if not, then get them up in time ready. Besides a tree, you want crackers, tinsel, sparkly things hanging from the ceiling, fairy lights, make it as tacky, and as fun, as you wish – it is Christmas after all.

Okay, you don’t have to buy everyone a gift who’s coming to your party, but a nice little touch of a little something to unwrap or a lucky dip could be fun. It only needs to be chocolate coins or candy canes, nothing too extravagant.

You have to have your Christmas tunes playing whatever kind of party you’re having. There are loads to choose from, and aside from the obvious from Slade, Mariah, and Elton, there are loads of others from artists like Rod Stewart, Leona Lewis, Robbie Williams, and even NSync, who have released a Christmas album. Get making a playlist and mix it up a bit.

You can’t forget the big guy, can you? At least one person should be dressed up as Santa at your Christmas party. He needs a night off too, a time to let his hair down and enjoy himself before his big night. A few elves and even Mrs. Claus wouldn’t go amiss either. Hey, why not even make it a fancy dress party? – Perhaps not if you’re going for the elegant dinner party, though.